The GSU World Heritage Team is compiling data on and assessing the authenticity and integrity of the potential Serial Nomination sites that might best represent the draft statement of Outstanding Universal Value. Once the historic sites, World Heritage Criteria, and draft OUV align, then the National Park Service Office of International Affairs (NPS OIA), can consider updating the Tentative List to include additional sites as part of the Serial Nomination and then, to get authorization to develop a final nomination. 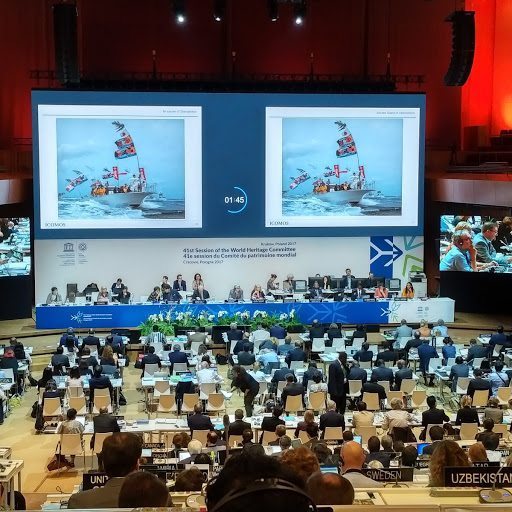 The GSU World Heritage Team develops the Serial Nomination dossier which includes a completed and extensive World Heritage nomination form as well as numerous supporting documents. Consulting with property owners and stakeholders, the team will help craft management plans and buffer zones for each of the historic sites.  The team will also help create a coordinated management plan for the overall Serial Nomination. A full comparative analysis of similar sites in the United States and around the world is also included to demonstrate the global significance of the Serial Nomination.

Following review and approval by the NPS OIA, the completed dossier of the Serial Nomination of U.S. Civil Rights Movement Sites will be submitted to the Assistant Secretary of the Interior for approval. Next follows an independent review by ICOMOS, the International Council on Monuments and Sites, which sends its recommendation to the World Heritage Convention of UNESCO, the United Nations Educational, Scientific and Cultural Organization. Finally, at the annual Session of the World Heritage Committee, state parties will make the ultimate decision regarding inscription of the movement sites on the World Heritage List.